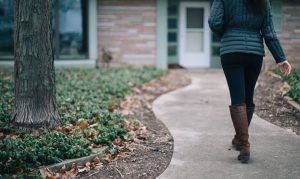 Middle-aged men and women who have experienced the upheaval of separation, divorce and remarriage are as healthy as couples in stable marriages, according to a new study.

Researchers from the UCL Institute of Education, London School of Economics and London School of Hygiene and Tropical Medicine point out that individuals who have divorced and remarried are no more likely than those who have remained married to have cardiovascular or respiratory health problems in early middle age.

The study’s lead author, Dr George Ploubidis, a population health scientist at the UCL Institute of Education, was surprised to find that some men even experienced health benefits, in the long term, despite going through divorce.

“Numerous studies have found that married people have better health than unmarried people,” Dr Ploubidis says. “However, our research shows that people born in the late 1950s who live together without marrying, or who experience separation, divorce and remarriage, have very similar levels of health in middle age to those who are married.

“Previous research has also shown that men experience an initial decline after divorce, but we found that in the long term they tend to revert back to their pre-divorce health status. Surprisingly, those men who divorced in their late 30s and did not subsequently remarry, were less likely to suffer from conditions related to diabetes in early middle age compared to those who were married.”

The study is thought to be the first to investigate the links between partnership status and health in middle age in a large sample of the population that had undergone medical examinations.

The researchers analysed information on more than 10,000 people born in England, Scotland and Wales in the same week of spring 1958.

They examined the relationship status of National Child Development Study members at ages 23, 33, 42 and 46. From 2002 to 2004, when study members were aged 44 to 46, specially trained nurses visited their homes to carry out comprehensive health checks.

After studying the data, the researchers found that couples who married in their 20s and early 30s, and remained married, had almost identical standards of health to unmarried couples living together.

They also discovered that men and women who had neither married nor lived with a partner, had the worst health in middle age, with higher likelihood of cardiovascular disease and respiratory problems.

“For those people who experience separation and divorce, it appears that as long as they begin another relationship, their health does not suffer in the long term,” Dr Ploubidis explains.

“Previous research shows that there are several possible factors to explain the link between partnership status and health. For example, a partner can positively influence your health behaviour by encouraging you to exercise more, as well as provide important support in tough times. A couple’s income also appears to play an important role in affecting health.”

About two thirds of male and female study members married in their 20s and early 30s and remained married into their mid-forties.

In 2014, there were more than 3 million cohabiting partnerships, and 12.5 million married couples in the UK. According to research by the Office for National Statistics, there were 118,000 divorces in England and Wales in 2012.