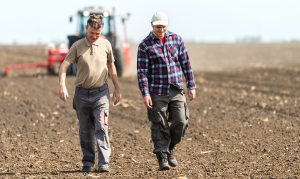 Social mobility is the term used to describe people moving up and down the social ladder. Several international studies, including   a popular book entitled The Spirit Level published in 2009 suggested the UK is one of the developed world’s least mobile countries – second only to the United States. Canada, Finland and the Scandinavian countries were found to be the most socially mobile.

Successive governments have attempted to tackle Britain’s supposed ‘mobility problem’, and NCDS has been one of the leading sources of evidence informing the debate.

In research on social mobility, NCDS is often used in conjunction with similar studies of generations born in 1946, 1970 and the early 1980s to understand how things have changed across generations.

What have we asked you?

When you were children, we collected information on your family’s income, what your parents did for a living, and their education. As you grew up, we kept track of your own educational qualifications, income and employment.

Social mobility – how people move up or down the social ladder in terms of occupation or income – is a hotly debated issue in the UK. Researchers have used NCDS to show how the story of social mobility has changed over time.

When researchers define social class according to occupation, more than three quarters of men in your generation ended up in a different social class to that of their fathers (whether higher or lower). This is roughly the same proportion as the generations born in 1946, 1970 and the early 1980s. For women, mobility increased slightly from 1946 to the 1980s.

It is important to remember that people can move up and down the social ladder. By age 38, your generation was more likely to have moved up compared to your parents than down– men were about twice as likely, and women were about a third as likely. However, you appeared to be the last of the ‘lucky generation’ for whom this kind of upward mobility was the norm. For the generation born in 1970, men were only about a third more likely to move up than down by age 38, and women were just as likely to move in either direction by this age.

So who is it that manages to move up the occupational ladder rather than down? Children born into working class families are significantly less likely to move up into professional or managerial jobs than middle class children are to move down. The scale of these inequalities has stayed more or less the same across generations for men, and have decreased – but remained large – for women.

Is income the same as class?

NCDS has also been used to explain mobility in relation to another aspect of our social standing – income. Within any given social class, people can earn quite different amounts of money. Economists believe this story of income mobility is crucial to understanding wider social mobility.