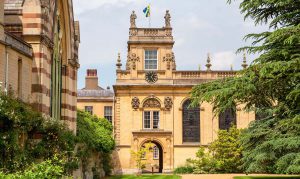 NCDS study members have taken very different paths through education. Many of you left school at 16, but some stayed on to do A-levels and even university. Others did apprenticeships or specific job-related training. Some people even left school, but returned years later to gain new qualifications as adults.

But what do our years of learning get us? Because NCDS has followed you throughout your entire lives, we can track how different educational paths result in differences in your careers and wages.

Over the course of your lives, we have asked you a great deal about your education. While you were at school, we monitored your ability in reading and maths, the type of school you attended and the interest your parents took in your schooling. As you got older, we kept track of the kind of education and training you did, the jobs you’ve had and how much you’ve earned.

Staying on in school past age 16

You were in the first generation to all stay on at school until age 16, but many people continued their education for years more. Economists have used information from NCDS to determine how the extra educational qualifications gained went on to affect men’s wages when you were in your 30s.

The benefits of education remained even when taking into account a wide range of other factors that could have affected your educational choices or income, such as family background, maths and reading ability, and the type of school you attended.

Higher education (above A-levels) has expanded significantly in the UK since you were school age. To understand the returns to higher education, researchers have looked at the different paths your generation took after completing A-levels.

Nearly three quarters of those who achieved at least one A-level went on to get some kind of higher education qualification by age 33:

The benefit of higher education was visible in your wages by the time you reached your 30s. Compared to those who stopped at A-levels, the average increase in wages for men was:

The wage return for women was much greater:

For men who started a degree but did not finish it, there was a negative return – they earned 9 per cent less on average than those who never attempted a higher education course. Women who did not finish were no worse off.

What we’ve learned about adult learning and skills

Some people reach adulthood with a poor grasp of literacy and numeracy. NCDS has been a key source of evidence on who is most likely to have low basic skills, and the wide ranging benefits of learning as an adult.

What we’ve learned about social mobility

Successive governments have attempted to tackle Britain’s supposed ‘mobility problem’, and NCDS has been the leading source of evidence informing the debate.