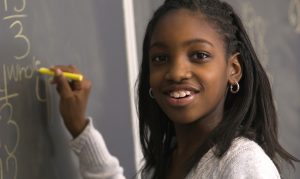 Children with stronger reading and maths skills at age seven are more likely to earn higher wages in later life, according to new research using data from the 1958 National Child Development Study.

Researchers at the University of Edinburgh analysed the relationship between individuals’ early reading and maths skills and their social class 35 years later. They found those who had higher reading and maths ability at age seven went on to have better jobs, better housing and higher incomes at age 42.

Children who advanced by just one reading level at the age of seven earned on average £5,000 more a year at age 42 than their classmates.

The findings showed that reading and maths abilities at age seven had a bigger effect on future socio-economic status than intelligence, educational level and social class in childhood.

Professor Timothy Bates and Stuart Ritchie, who conducted the research, are now trying to determine if DNA has an effect on the relationship between children’s ability and adult outcomes.

“Genes underlie many of the differences among children on all the variables we’ve looked at here,” they explained.

“The genetically-controlled study using twins that we’re conducting now should allow us to separate out genetic and environmental effects.”