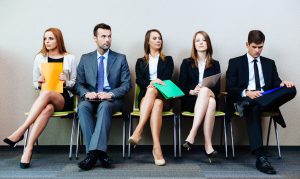 Around 12 per cent of school leavers born in 1990 faced challenges, such as extended periods of unemployment and job instability, compared to only 4 per cent of those born three decades earlier.

And, across all the cohorts studied, young people from disadvantaged backgrounds are more likely than their advantaged peers to experience these conditions at the beginning of their careers.

The researchers examined cohort members’ month-to-month employment and education records for 29 months after they reached 16.

“Youth unemployment in the UK is an important issue, not least because making a successful transition from education into the labour market is important for young people’s long-term economic success. Periods of unemployment during these early years may have long-term scarring effects on later employment and earnings prospects,” Anders explains.

“Our research has highlighted important changes that have occurred in the labour market over the past 30 years. These are long-term trends that economic recovery will not necessarily alter.

“There remains a clear role for the government to introduce labour market policies that can help to smooth the transition between education and employment,” Anders concludes.