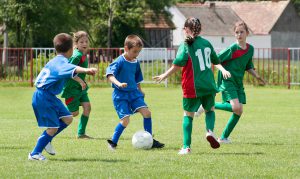 Exercising from a young age improves cognitive function in later life, according to a new study from King’s College London.

Researchers analysed data on more than 9,000 British men and women being followed by the 1958 National Child Development Study. They found that people performed better in mental tests at age 50 if they had engaged in regular intense exercise, such as running, swimming or working out in the gym, since childhood.

Dr Alex Dregan, who led the study, believes the findings support the need for a lifelong approach to improving cognitive ability, especially given growing public health concerns over the UK’s ageing population.

He said: “As exercise represents a key component of lifestyle interventions to prevent cognitive decline, cardiovascular disease, diabetes and cancer, public health interventions to promote lifelong exercise have the potential to reduce the personal and social burden associated with these conditions in late adult years.”

The Government recommends that adults aged 19-64 should exercise for at least 150 minutes per week.

However, the study indicates that even exercising less frequently than this may help improve cognitive function. People who exercised just once a week as a child and adult performed better on tests of memory, learning, attention and reasoning at age 50 than those who did not.

“It’s widely acknowledged that a healthy body equals a healthy mind. However, not everyone is willing or able to take part in the recommended 150 minutes of physical activity per week,” Dr Dregan said. “For these people any level of physical activity may benefit their cognitive well-being in the long-term and this is something that needs to be explored further.”

“Setting lower exercise targets at the beginning and gradually increasing their frequency and intensity could be a more effective method for improving levels of exercise within the wider population.”