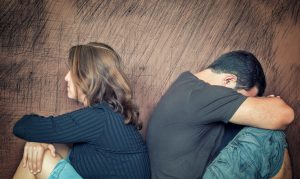 People of divorced parents have higher levels of an inflammatory marker in the blood which is known to predict future health, according to new research using data from the 1958 National Child Development Study.

Researchers at University College London (UCL) found that children who experienced the breakdown in their parents’ relationship before the age of 16, regardless of whether their parents were married or not, had 16% higher levels of C-reactive protein at age 44.

The authors also looked at why this relationship might exist. They found that the relationship between parental divorce and later inflammation was mainly explained by adolescent material disadvantage and educational attainment, although the specific mechanisms remain unclear. In particular, those who experienced parental separation before the age of 16 were more likely to be materially disadvantaged in adolescence and had lower educational qualifications by adulthood, compared to children who grew up with both parents.

Dr Rebecca Lacey, Research Associate in the UCL Department of Epidemiology and Public Health and lead author of the study, said: “Our study suggests that it is not parental divorce or separation per se which increases the risk of later inflammation but that it is other social disadvantages, such as how well the child does in education, which are triggered by having experienced parental divorce which are important.”