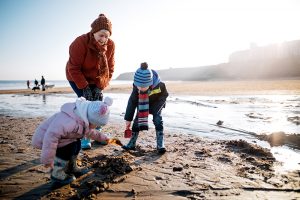 When you were 50 we asked you to think about what your life would be like a decade later.

How did you imagine your home and family life when you reached 60? Did you think you’d be fit and healthy? What were your hopes and dreams?

New research from Goethe University, Germany, has found that the answers that almost 7,000 of you provided, the words you mentioned and the topics you discussed differed depending on your gender, occupation and education.

How did your hopes and dreams differ by your gender, livelihood and education?

The study showed that men and women had the most contrasting visions of their future. Women in your generation were most likely to discuss topics such as gardening, socialising, exercising and cultural entertainment activities. They tended to write about family life, frequently using words such as ‘grandchildren’, ‘grandmother’ and ‘family’.

Men often imagined themselves playing golf or tennis, and wrote about topics such as football, driving and finances. They also mentioned specific activities including ‘fishing’, ‘cricket’ and ‘cycling’.

There were also distinct differences in how you thought about your life at 60, depending on what you did for a living. Those working in managerial or professional roles were more likely to write about their impending retirement and travel plans, staying fit and playing golf. Those in other occupations tended to discuss future health problems, and activities such as gardening, watching TV and listening to music.

The researchers found that your future plans tended to be similar no matter what type of education you had had. However, study members with a degree were more likely to mention socialising and to write about specific activities, such as ‘ski’, ‘travel’, ‘tennis’ and ‘paint’. Those without degrees tended to write more about family and mention terms such as ‘grandchild’, ‘love’, ‘health’ and ‘money’.

Why this research matters

Previous research has shown that traditional gender roles are dissolving. However this recent study suggests that among your generation the futures you imagine for yourselves do differ by gender. It will be of great interest to researchers to investigate how future generations of people, such as those taking part in the other British birth cohort studies, might imagine their later lives when they reach 50.

The study’s lead author, Dr Maximilian Weber, explained: “Overall, masculinity emerges through the dominance of sports in the answers, while femininity is constructed through a focus on family.”

‘How Do 50-Year-Olds Imagine Their Future: Social Class and Gender Disparities’ by Maximilian Weber was published in the SAGE Open journal.