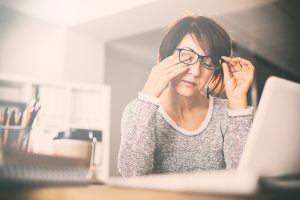 A new study based on NCDS has found that early menopause (before age 45) reduces how much time women spend in work by 9% – around 4 months’ – during their early 50s.

The researchers at University College London also investigated the impact of menopause at age 50. They found that women who experienced menopausal symptoms at this age went on to spend significantly less time working in their early 50s than those who didn’t experience symptoms.

The researchers analysed information provided by NCDS study members at ages 44/45, 50 and 55. They found that each menopausal symptom reduced women’s employment rates by half a percent. However, not all symptoms were found to have the same effects. Every additional psychological problem associated with menopause – such as anxiety, depression, tearfulness and irritability – reduced employment rates by 1-2%, rising to 2-4% when those symptoms were reported to “bother me a lot”. Physical health symptoms – including hot flushes and night sweats – were only associated with lower employment rates when they were reported as bothersome.

Why this research matters

By following women over the course of their lives, NCDS is helping researchers to better understand the impacts of early menopause and menopausal symptoms.

Co-author, Professor Alice Sullivan described the findings as a “cause for some concern” not only because of the size of the effects, but also because so many women suffer these problems.

She said: “To improve women’s working lives, the government must urge employers to put in place policies that allow women to feel more comfortable talking about menopause, and enable them to have greater opportunities to manage working patterns and working hours”.

Caroline Nokes MP (chairman of the Women and Equalities Committee) said: “This research backs up previous surveys and studies which have made it very clear there is a significant financial cost to women from menopause symptoms.

“The work the Select Committee is doing at the moment has identified the impact on both career progression and even the ability of women to stay in the workplace. That means there are promotion opportunities lost, pension contributions lost and, in too many cases, direct income lost as women feel unable to continue in work.”

‘The consequences of early menopause and menopause symptoms for labour market participation,’ by Alex Bryson, Gabriella Conti, Rebecca Hardy, Darina Peycheva and Alice Sullivan was published in Social Science and Medicine in January 2022.

These findings were covered in The Mail on Sunday.