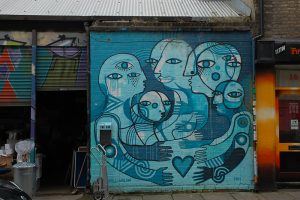 A new study, using NCDS in conjunction with information from the Census, has found that living in a deprived area is linked to having poorer health.

Researchers use a number of indicators to determine whether a neighbourhood is deprived, including rates of unemployment and overcrowding, whether locals own or rent their home, and other measures such as education and income. In this study, the research team, from University College London and the University of Leeds, used information from the Census, about the areas you have lived in from 1971 to 2011, linked to information you and your parents gave in surveys from childhood to mid-life. This includes answers you gave to questions about your health.

Using information from childhood through to mid-life, the researchers were able to show that it’s not simply where you live today, but rather your extended neighbourhood history which can build up over a lifetime, affecting your health. This is significant as only a small amount of previous research has considered the effects of long-term exposure on health.

Why this research is important

Researchers have now shown that the longer people live in deprived areas, the poorer their health. These findings point to targeting deprivation as early as possible in a child’s life to have the greatest impact. Both local and national government agencies have already started putting in place area-based policies to improve the places individuals live in, with the aim of improving life outcomes. This new study adds further evidence to the case for ‘levelling up’.

Life Course Neighbourhood Deprivation and Self-Rated Health: Does It Matter Where You Lived in Adolescence and Do Neighbourhood Effects Build Up over Life? by Stephen Jivraj, Owen Nicholas, Emily T. Murray and Paul Norman was published in the International Journal of Environmental Research and Public Health.