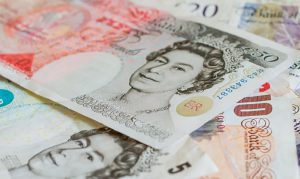 Many of us lie in bed counting money rather than sheep, it seems. And it is causing us to lose a huge amount of sleep.

New research from the Institute of Education (IOE) suggests that almost half of women with financial worries – and more than a third of men who struggle to “get by” — have trouble falling asleep at night.

By contrast, only 20 per cent of women and 13 per cent of men who are comfortably off say they find it difficult to get to sleep.

The IOE research was conducted by Dr Stella Chatzitheochari, who analysed the sleep patterns of approximately 9,000 50-year-old men and women being followed by the long-running 1958 National Child Development Study (NCDS), which is funded by the Economic and Social Research Council.

“Those who are finding it quite or very difficult to get by are significantly more likely to be poor sleepers than those without any financial worries,” Dr Chatzitheochari says. “It has been suggested that this is one of the reasons why economically disadvantaged people have poorer overall health.”

“Previous research has shown that sleep deprivation is linked to poorer performance in a range of tasks, and associated with high blood pressure and obesity as well as chronic conditions such as diabetes. Sleep problems linked to financial troubles are therefore likely to have huge cost implications for the National Health Service – as well as blighting many people’s lives.”

Having a mortgage does not, however, seem to worry us as much as other debts. Dr Chatzitheochari’s study found that poor sleep was most common among those who rent. Contrary to expectations, she did not find any significant differences in sleep patterns between people who own their home outright and those who are still paying off a mortgage.

The study found that those in paid employment slept better than those who did not work. About a third (32 per cent) of men included in the study who were not in paid work — and an even higher proportion of women (37 per cent) — said they did not get enough sleep and did not wake up feeling rested. Approximately two in ten men and women who worked said they suffered from this problem.

Sleep problems were more common among smokers than non-smokers, and among those who didn’t exercise regularly.

Significant differences were also found between the sleep quality of men and women, with one in four women reporting they did not get enough sleep, compared to one in five men. Twenty-six per cent of women said they found it difficult to get to sleep, compared to 17 per cent of men. Women were also more likely to wake during the night and have trouble falling back to sleep.

Men and women who were living with a partner reported sleeping better than those who were single.

Dr Chatzitheochari adds that the NCDS is one of the very few long-running social surveys to gather information on sleep patterns. The cohort members have been surveyed nine times since they were born in 1958. They will be visited again this year.

“NCDS therefore allows us to go beyond previous studies and understand the ways in which gender and socio-economic status influence sleep quality over time. Future analyses will allow us to better understand the factors that can lead to poor sleep,” she says. “The surveys have gathered very detailed information on cohort members’ occupational, family, and health histories, making NCDS a particularly important resource for the study of sleep problems.”