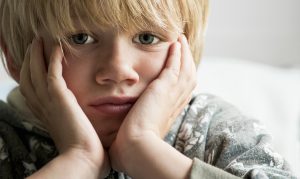 Traumatic childhood experiences are linked to an increased risk of early death, according to new research using data from the 1958 National Child Development Study.

Researchers at the French National Institute of Health and Medical Research, in collaboration with the ESRC International Centre for Lifecourse Studies in Society and Health at University College London, analysed information from more than 15,000 people. They found that men and women who had suffered adversity in childhood were more likely to die before age 50 than those who had not.

The researchers compared premature deaths to people’s experiences of adversity at ages 7, 11 and 16. This included spending time in care, suffering from neglect, parental separation or having a family member in prison.

For women, the likelihood of dying before age 50 increased with the amount of adversity they had suffered in childhood. Women who had suffered one negative experience by age 16 were 66 per cent more likely to die before the age of 50 than those who had not faced any adversity. Women who had two or more adverse experiences in childhood had an 80 per cent increased risk of premature death.

Men who had suffered two or more traumatic events in childhood were 57 per cent more likely to die by the time they were 50 than those who had not experienced any adversity growing up.

The association between childhood adversity and premature death remained even after taking into account factors such as education level and social class, alcohol and tobacco use, and psychological problems in early adulthood.

The researchers note that some causes of death in early adult life are related to mental stress, such as suicide or addiction to alcohol or drugs. However, they also suggest that children who suffer severe stress may experience imbalances in their hormone and immune systems that impact on their physical development and later health.

As the study has been following cohort members since birth, it was possible, for the first time, to link the risk of early death to actual experiences of adversity that were recorded during childhood. Previous studies have relied on adult recollections of early life experiences.