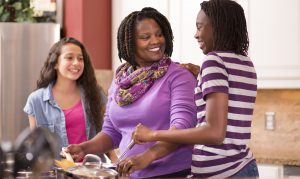 Conscientious teenagers are less likely to smoke when they become adults, new research has concluded.

Researchers at University College London and Queen Mary University of London have confirmed that adults from the least advantaged social class are much more likely to smoke at age 50 than those from the highest.

However, the level of conscientiousness that a young person displayed at age 16 was also found to be a predictor of smoking habits at age 50.

The study’s authors analysed data on 8,200 members of the 1958 National Child Development Study to assess their conscientiousness. Cohort study members completed a self-assessment exercise at 16, which showed how self-controlled, reliable and achievement-orientated they were. Conscientiousness was also measured at age 50.

They also looked at the effects of other factors on health-related behaviours, including adult educational qualifications, social class at birth, as well as cognitive ability and childhood conduct and attention problems at age 7.

“The observation that childhood conscientiousness rather than adult conscientiousness predicted smoking behaviour at age 50 may suggest that preventative efforts as well as clinical interventions are important,” the researchers say.

“However, the current findings propose that research on health inequalities may benefit from including the notion of personality traits and investigating their effects on health behaviours across life.”