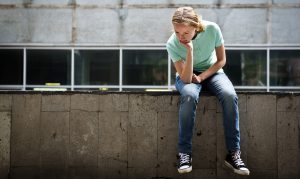 Adults who were bullied as children are more likely to experience mental health problems than those who were never bullied, according to new research based on the 1958 National Child Development Study.

Researchers at King’s College London analysed information on more than 7,700 people born across England, Scotland and Wales in 1958. They found that just over a quarter had been bullied occasionally at ages 7 and 11, and 15 per cent were bullied frequently – similar to rates in the UK today. The researchers then looked at a range of factors in adulthood, and found that the negative effects of bullying can be as damaging as other forms of childhood adversity, such as being put in care.

Victims of childhood bullying had higher rates of depression and psychological distress at ages 23 and 50 than those who were never bullied. Those who were bullied frequently while they were growing up had higher risks of anxiety and were more likely to have thought about suicide by age 45, compared with those who were never bullied. The effects of childhood bullying on adults’ mental health remained even after taking into consideration related factors such as family social class, parenting and behavioural problems.

By age 50, victims of childhood bullying were less likely to be living with a partner or have good social support from friends and family than those who had never been bullied. They were also more likely to report being less satisfied with their lives.

Professor Louise Arseneault,one of the study’s authors, said: “We need to move away from any perception that bullying is just an inevitable part of growing-up. Teachers, parents and policy-makers should be aware that what happens in the school playground can have long-term repercussions for children. Programmes to stop bullying are extremely important, but we also need to focus our efforts on early intervention to prevent potential problems persisting into adolescence and adulthood.”