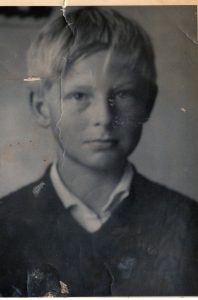 In my years of 25 years old I go gardening and some times do sports.  My real job is a sargant in the police – in the police it is a hard job some times you get hurt very cireas and some times you die of gun shot womns.  To join the police you hav to be nealy 6 foot. I am marid with 4 children thear ages are 1 4. 7.11 thear names are Jhon aged 1 robin aged 4 and bob aged 7 and last of all charles aged 11.  my wife is the same age as me and her name is Jane.  and  have changed my name to Mark Stephensone and Jane Stephensone. I live at 61 bayview cresont wayles.  our house has 6 bedrooms and a kitchen and a toiled in the bath room. when my children grow up I want them to de a police man and drive a police car and do well and then be a police constbele and be marrid like me and have some little boys and girls and be happy.  2 of my children go to school thay are bob and charls.

When Steve was 11 years old he wanted to become a policeman. He had a difficult childhood as his family struggled financially and his father battled alcoholism. Steve hoped to one day have a job where he could help people, but also feel valued.

“I think I wanted to be somebody with a little bit of authority, and also have a bit of a structure in my life.  It wasn’t so much, catching criminals and things like that. It was probably getting the police car and the smart uniform, and feeling that you are somebody.”

The family ran a late night café and sweet shop in an Essex seaside town, and Steve would get home from school and have to help wash dishes into the early hours of the morning. His father would often keep the family awake throughout the night with drunken outbursts. Steve’s older brother and stepsister left home early to escape the traumatic environment.

“My poor old mum, she tried her best, but my dad used to drink a lot. I used to work in our café and the shop till late, even at that age. It was a crap life really, they just didn’t have any time for us kids, but that’s the way it was then. We used to go through a lot of verbal abuse and he’d keep me up till one o’clock in the morning and, of course, next day you’d go to school and you’d be too tired to even think.”

Steve has good memories of his neighbours, who spent time with him while his mother and father worked hard running their business. He made friends with the older boy next door, and although the boy’s mother tried to help Steve to improve his reading and spelling, he found school very difficult.

“I was a little bit slower than the rest, and nobody ever had time for the slowest person in the class. I used to get into trouble, not because I was a bad child, but because of my home life. I just couldn’t do my homework.”

Although Steve said he never passed an exam, he realised early on at secondary school that he might have more promise than some of his teachers had led him to believe.

“There were two really bright twins in our class and with me living in a sweet shop I used to give them sweets to do my homework. I was pretty intelligent then.”

At 16, Steve left school, and joined his parents as they moved down to Sussex. For the next eight years he led a busy life, working in the farming industry, while spending his nights as a doorman at a nightclub. After a disagreement with a manager, while working as an engineer for a milking machine company, he decided to try a new career, and his life would never be the same.

“It was quite strange because I remember how hard it was filling in the application form, and I didn’t even know how to address the envelope. Becoming an insurance agent for Refuge Assurance changed my life. I learnt people skills, I learnt about maths, and how to write letters. I was a manager after two years, and then went to work for the Co-op Insurance, where I then made up for those lost years at school by passing all my financial planning exams. I left the Co-op and opened my own business as an independent financial adviser and passed more financial planning exams.”

At age 31 Steve married his partner, Sue. They spent four years trying for a baby, and had all but given up before seeking IVF treatment. Fortunately they gained the assistance of the famous fertility expert, Professor Robert Winston, and had Emma, who is now 23 years old.

“When we had Emma that changed us. My side of the family never used to hug or kiss each other hello or goodbye. I used to be quite a hard person, but I now can’t watch a TV programme without blubbing.” 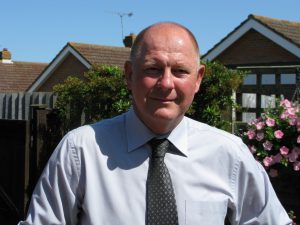 Looking back over his life, Steve thinks that his difficult childhood has had a profound effect on his outlook, and especially his parenting.

“I wanted Emma to have what I never had, and I’ve probably been slightly overprotective. My mum and dad never had any money, and several times the bailiffs were knocking on the door trying to take their property away, and at times my personal property too. It made me completely different from my parents, and I’ve always had to have financial security behind me. But although I’ve always saved, I’ve ensured Emma had everything she needed for now and in the future.”

So, how does Steve think his life has unfolded, compared to the one he imagined for himself at age 11.

“When I was a kid I did want to become a policeman, but in the end, getting that break into insurance was brilliant. I kind of fulfilled my dream, as I had a suit, I looked smart, and I was professional.”

When Steve reached 50 he decided to retire and take out his pension so he could spend more time with his family. However, it wasn’t long before he started his own will-writing business, which he still enjoys to this day. And, although he had a minor scare last year when he suffered a heart attack, he’s enjoying life more than ever.

“My attitude is, well, I could have died, and I wouldn’t have been here. So, I’m just thinking that as a family we did lots of travelling beforehand, we’re going to do even more now. I want to enjoy life with my family and make more great memories.”